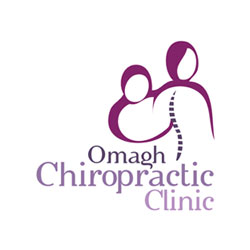 Rationale behind the Chiropractic adjustment

As a Chiropractor one of the most frequent questions I am asked is, “What does a chiropractic adjustment do?”

Firstly, let me explain what a chiropractic adjustment is. A chiropractic adjustment is the art of introducing a specific force at a high velocity and low amplitude in a precise direction, applied to a vertebra that is misaligned. It is a correction aimed at the joint complex, not at the muscles or nerves. However, due to the biomechanical effects of an adjustment there should be resultant influences on the neurological and muscular systems. An adjustment can be delivered either by the Chiropractors hands or a specially designed instrument.

There is increasing evidence on the efficacy of an adjustment. One such article in 2002 by Meeker et al reviewed the literature for randomised controlled trials of adjustments for numerous conditions (1). The results are astonishing. Out of the 43 trials for low back pain 30 were positive for adjustments and none were found less effective than the control group. Also, out of 9 trials for headache, 7 were positive with no negative results.

A likely explanation for this is an adjustment can cause proprioceptive stimulation that triggers the release of endorphins (2). Now, endorphins are endogenous opioid peptides that function as neurotransmitters, which produce an analgesic effect and a feeling of well-being. So, these endorphins cause a near instant reduction of pain and temporary relief similar to pain medication – just with less adverse effects.

1. Release part of a joint capsule that has become entrapped in facet joints, joints between pairs of vertebrae that have been shown to be very sensitive to pain.

2. Breaking of contractile adhesions and collagen adhesions in the local soft tissue and supportive structures that formed in a previous injury.

3. Inhibit overactive reflexes in muscles of the spine or limbs.

4. Reduce the compression or irritation of nerves.

5. Reposition part of an intervertebral disc

Many other benefits of chiropractic adjustment have been observed, and still others suspected. Research is still going on and much more is needed on this topic.

“A wise man ought to realize that health is his most
valuable possession.”